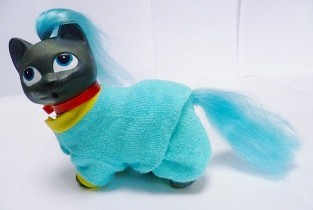 One of the twelve known outfits that was released for Puppy Care.

The outfit exists out of a blue sweater and blue pair of pants.  Both with yellow hems.   The fabric feels like the fabric from which bath towels are made.   In the pants is a little opening at the back through which you can put the dog's or in this case cat's tail.  The outfit comes with a red collar with yellow buckle.  One of my sets comes from The Netherlands.  The other was bought in Great Brittain.

As you will notice, unlike with the Kitty Care fashion, the promo shots that were released for the Puppy Care outfits often don't correspond with the real outfit. 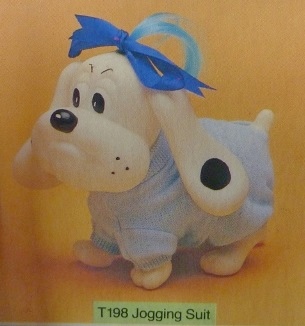 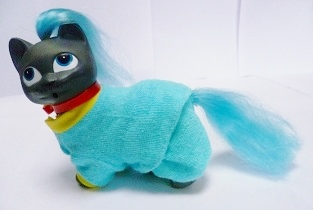 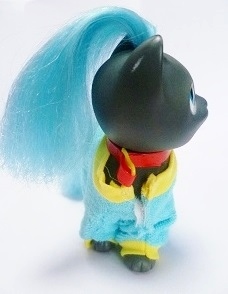 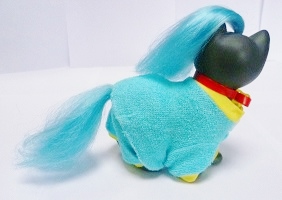 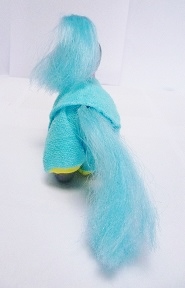 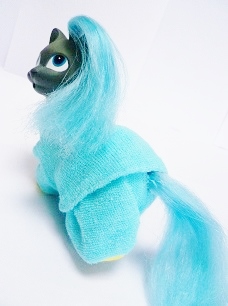