Bought second hand in The Netherlands together with Henry from Kitty Care.  Comb, ribbons and toy however were missing.

There is no promotional picture for this sweetie with olive-shaped eyes so a name is sadly for now impossible still.  However, I do find that it ressembles a lot the promo picture of puppy "Pickles".  However, unlike puppy Pickles, this puppy doesn't have a stark white body but more a yellowish color tone and the ears, that are of course move-able, also appear to be shorter than puppy Pickles' ears.  The eyes, eyebrows, and the position as well as the shape of the black spots on the body however do match puppy Pickles to a T, not to forget that both have purple hair.  So, is this a variation on puppy Pickles?  Was puppy Pickles never released in the form of its promotional picture but only in this form?  Who can solve the mystery??? 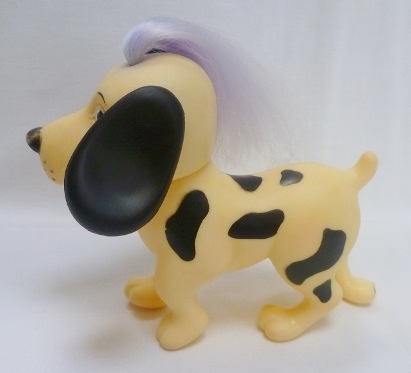 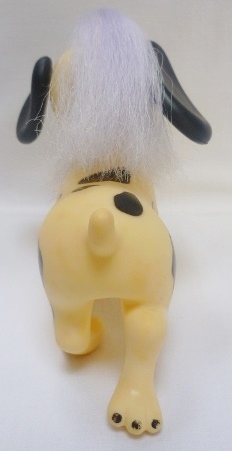 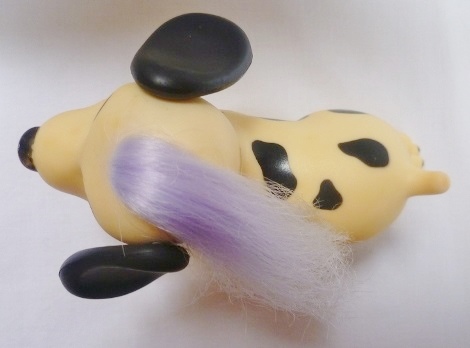 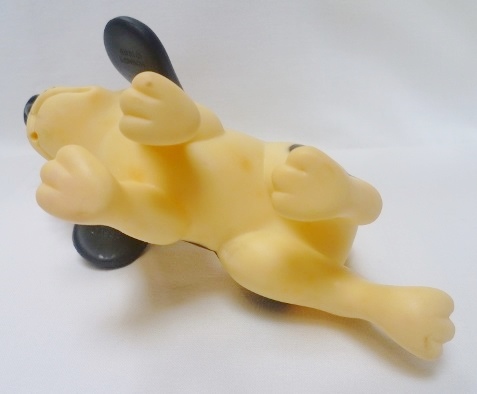